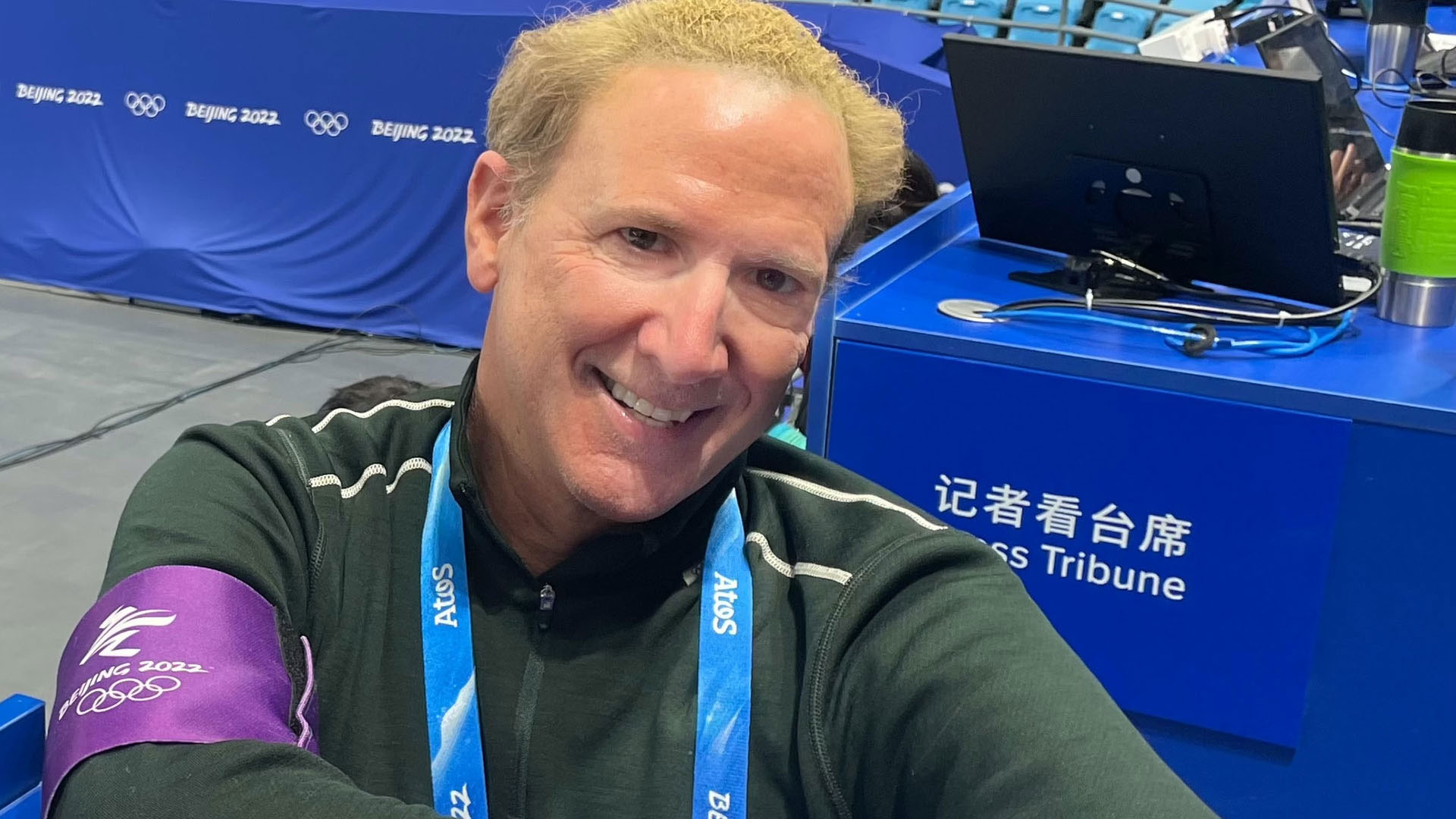 A career owed to God, my parents - and Olga Korbut

As gymnasts, coaches, officials and fans converge at Munich’s Olympiahalle for the 2022 European Championships, a wondrous mental blink transports me back 50 years to the vivid moment when tiny 17-year-old Soviet gymnast Olga Korbut dazzled, charmed and inspired the world through her captivating performances in this same hallowed venue.

Olga - whose physical strength and psychological vulnerability, poise and frailty, tears and grins - also inspired my career as a sports journalist. Owing everything to God, my parents and Olga, I have filled 3.5 passports through reporting assignments at nine Olympic Games, over a dozen world championships, numerous European Championships and World Cups, and multi-sport competitions including the Asian Games, European Games and University Games. I’m still thriving.

An 11-year-old American boy tuned into the Munich Games on the TV in our family room, I had no idea that Olga’s breathtaking routine on the uneven bars in the team competition could transform my life. Her daring performance, which included her now legendary Korbut Flip, finished with the disarming smile that instantly symbolized her gushing charisma.

Olga’s Munich legacy was not all triumph, but her human fallibility sealed her status as a heroine and icon around the world. Through willpower and resilience, she overcame a calamity of Olympic proportions in the all-around final, where her botched routine on the bars dropped her out of contention, to capture gold medals in the subsequent apparatus finals on balance beam and floor exercise later in the Games. She beguiled millions of viewers worldwide, and stole countless hearts including mine, in the process.

When the 1972 Games ended, I set two goals: first, I would marry Olga someday (a perfectly feasible ambition in my adolescent mind!), and second, I would become a globetrotting writer involved in the Olympic Games. I never took up serious gymnastics training - I was a competitive swimmer from age eight to 18 - but gymnastics became my obsession. In awe I attended three of Olga’s tours in the U.S., scoring, thanks to my ever-sacrificing parents, a front-row seat to her fare-well tour in late 1976.

My eyes and brain devoured the contents of each issue of what was at the time simply Gymnast magazine (later renamed International Gymnast), for which I began writing as a university student. I continue to write for the publication via its now exclusively digital platform, intlgymnast.com.

Olga’s impact on the sport and my destiny is immeasurable and varied. Her humanity gave me a fresh new view of Soviet people, who in this era were still portrayed in the West as stoic and at times intimidating. Her gymnastics performances, so replete with technical precision and artistic flourish, compelled my study of the sport that created the knowledge base required to report on it professionally. Also, Olga unwittingly encouraged me to learn Russian, thereby cultivating my ability to conduct interviews with Russian-speaking athletes - not to mention maintain careerlong connections with gymnasts and coaches from the former Soviet republics.

In the same way the Olga bridged cultural and even political gaps during the waning years of the Cold War, and brought gymnastics to a leading role among sports audiences, she unknowingly helped me expand my journalist realm. I have served as a gymnastics reporter for the Olympic Information Service at the past six Summer Games, through which I have also obtained reporting roles for various sports at three Winter Games. Over the years I have covered sports ranging from beach volleyball to wrestling, as well. But my journalistic heart still belongs to gymnastics, and part of it will always reside with Olga.

During a phone conversation with Olga a few months ago, I had the opportunity to remind her of the gift she gave to the world all those years ago, and the career which - along with God and my parents - she launched for me. She is a timeless influence on this once 11-year-old, aspiring-sports-journalist American guy that she enraptured. Half a century later after her revolutionary display of courage, joy and resolve, Olga is still inspiring the world, and gratefully me.

John & Olga: John with Olga when she came to Los Angeles for a 1989 exhibition

The sports journalist lives in Los Angeles, USA, and can be contacted via crumlishjohn1@gmail.com